The Sakthi Group was founded in Pollachi, the hinterland of western Tamil Nadu. This largely agrarian region was known for its rich produce, hardworking and large-hearted people. It was one of the largest markets in South India, acting as a principal trading post between the Tamil Nadu and Kerala regions.

In the 1950’s , Dr.N.Mahalingam, son of P. Nachimuthu Gounder , took an active role in the family business and with his father as his mentor, he learnt the nuances of running a business, people skills and in turn brought to the business , his own strengths of dynamism and far impacting thought and vision . He also inherited a strong sense of Social Responsibility and a vision for industrial growth and continued to build Sakthi Group on the strong foundations laid by his father.

From a young age , Dr.N.Mahalingam envisioned a path that laid greater emphasis on the bigger picture. He donned several roles, making a name for himself in politics, business, agriculture, education, and literature.

The next several decades were laden with achievements , impact and contributions that substantiated Dr.NM’s endeavour to leverage industry and business to address issues plaguing the nation and his lifetime pursuit of enterprise building across industrial segments.

The Group is now a $2.0 billion conglomerate with industries in both manufacturing and service sectors. Both contribute to economic development and aid social transformation of the agrarian community with over Rs.100 crores of CSR contribution over the last 50 years.

Trustworthy. Committed. Customer-centric. These are the values “Sakthi Financial Services” has built up over the last 3 decades.

Established in 1998, primarily as a Safe Deposit Locker Services company, we are a pioneer in providing security solutions for storing personal valuables. Along the line, we expanded our portfolio to offer financial services like Deposits, Mutual Funds and other financial services which are essential to safeguard every citizen’s financial security. In a highly competitive market, we focus on customer-centricity by forging meaningful relationships with our customers. We do this by keeping our foundation of legacy, trust and values intact and these are the qualities that have helped us build a strong reputation, making us who we are today.

In its nascent phase, Sakthi Financial Services was a part of Sakthi Finance Ltd, the parent company which was established in 1955.

In 1960 , Sakthi Finance Ltd  started mobilising fixed deposits and within the next few years, had a substantial number of investors.

In 1984, Sakthi Finance Ltd started providing safety locker services to its customers who were also its investors.

In 1998 owing to a significant increase in demand for safety locker services, Sakthi Financial Services was established as a sister concern.

Mutual Funds was also included as a part of the product portfolio in 2011. 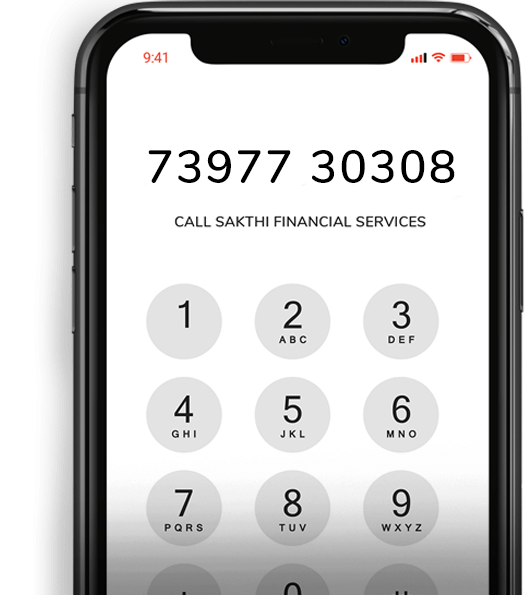 For more information
Call us on

Or write us to